On Friday, a group of year 5 and 6 children participated in the Rochdale Tag Rugby Tournament. We were the only Oldham school there out of 20 teams altogether.

Because we won this initial league, that meant that we went through to the Winners League. We knew that this was going to be tougher!

We beat St James's 3-2 and in Mr Ireland's words, "that was the toughest match we have ever played."

In the next game, we beat Bowlee 3-1, which meant that because of other teams' scores, we only needed a draw to win the whole tournament and of course we won that 4-1 against Holy Family.

Bailey - 9 (including at least 1 in every match)

Robbie - 1 (which we thought was the try of the tournament!)

There were also some individual defensive performances from these players:

Well done to all the players who  played superbly as a team. And as always, your behaviour was outstanding! We are all very proud of you. 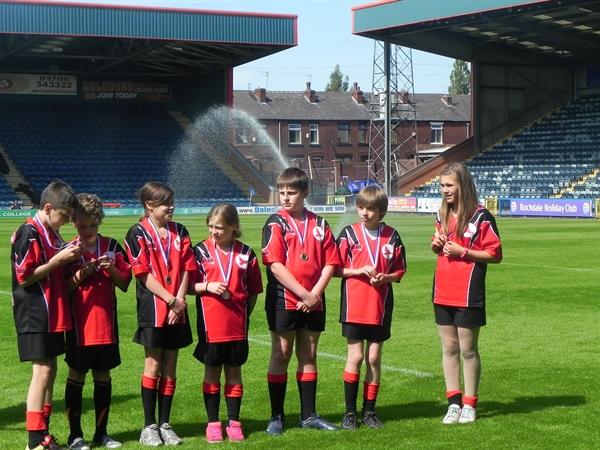 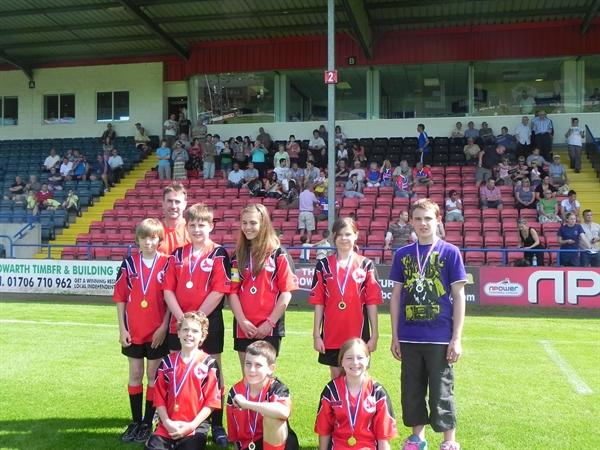