To the Star Wars fans out there (Harrison), May the Fourth Be With You!

I just wanted to take the opportunity to say how lovely it was to speak with most of you on Friday. It made me so happy to hear how you’re managing to stay in contact with each other and keep yourselves occupied at home. I am incredibly proud of those of you who are persevering with your home learning online, keep it up. I had the best time hearing what you have all been getting up to, some of your stories really made me smile. Remember, if you want to email in any photos of what you’ve been getting up to or of things you’ve made, I’d love to see them. Just email Teacher.RemoteLearning@rushcroft.oldham.sch.uk

Many of you told me you are exercising, although in different ways. Aaron, Annabel and George mentioned walking their dogs and Chloe, Starr and Bliss have also been taking some strolls with their families to get some fresh air. Would you believe Chloe went out for a pleasant walk and got caught in a downpour? She ended up soaking wet! Leon’s even been jogging around the block. Isabel has been playing basketball; Lachlan has been following Joe Wicks while Lucas-James has been playing out on his scooter. Leon, Annabel, Isabel and Harrison have also been riding their bikes too. Scarlett and Ava have been learning new tricks on their trampolines.

In other exciting news, Aaron has got a new kitten. To say I’m a little jealous would be an understatement. She’s called Luna and Aaron says she’s a crazy lady. Fun fact, George’s dog is also called Luna. Annabel has also got a new puppy called Honey-Sugar. Some of us were lucky enough to see photos of her during Annabel’s show and tell many weeks ago.

While we’ve been away from school, Lucas has become quite the scientist, doing some experiments at home and Charlie has become quite the programmer. Bliss and Ava have also been keeping busy by doing some drawing and crafts. Many of you made the most of the sunny weather by playing outside like Hadley and Chelsey. Lily and Isabel mentioned having padding pools too. Tyler had a great birthday and got himself a remote control helicopter. Isabel, Lachlan, Alfie, Charlie, Leighton, Jake, Archie, Jack and Connor mentioned they’ve been keeping themselves entertained by playing games too. In other news, Alfie has been super brave this week as he’s had some teeth removed. We hope you feel better soon Alfie.

Starr has also done a spot of gardening. She also mentioned she stole a dog because her mum wouldn’t let her get one. I’m only messing. Her neighbour found a lost dog and they helped reunite it with its owner. We had a discussion about dressing up our pets and as you can see from the photos, Starr didn’t waste any time. I also had a go. I must say – no animals were harmed in the process. However, I did obtain a few scratches.

We have a few budding bakers in the class too. Scarlett, Archie, Aaron, Frankie and Jack are giving Mary Berry a run for her money.

I also mentioned to some of you something called the ‘teapot challenge’. Have a look at the video below. I have been trying to do it myself and not been very successful yet. I thought it may be fun if you had a go at the challenge too. You could use anything to throw, it doesn't have to be a tennis ball. If you fancy having a go, no matter if you’re successful or not, why not have someone video you trying it and send it in? I will share any attempts on the website. If you fancy taking part, just email your videos to Teacher.RemoteLearning@rushcroft.oldham.sch.uk

Keep up the amazing work Hamiltons! 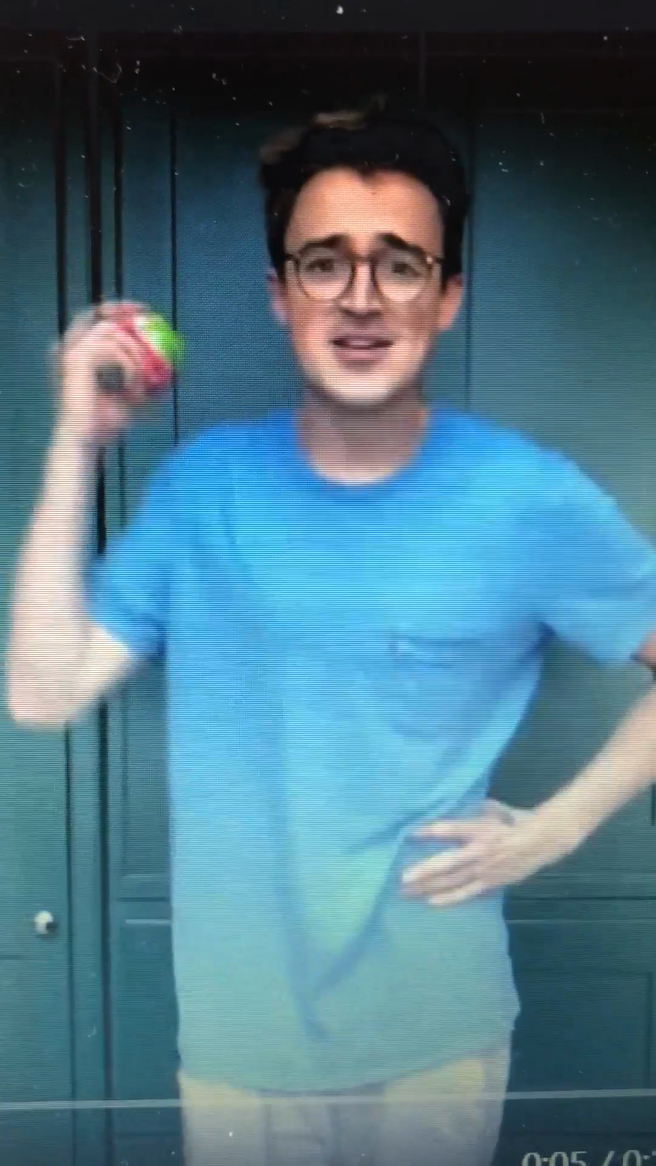